Big Hair Ball 2020 took attendees on a visual trip around the world with the theme 20/20: A Landmark Vision. The event was held at Grandover Resort on Saturday, January 25. The runway was alive with landmarks both local and from all around the globe. Also included in this year's show were many tributes to people who had passed away in 2019. Included in these tributes was a design sponsored by Woodruff Family Law Group and Valuepointe.biz in honor of their dear friend Catherine Jackson  who passed away in late 2019. Catherine Jackson fought a heroic battle against cancer and this fight was memorialized in the design that walked the runway. The look was based off of a mural of Catherine as a young girl playing paintball that is painted on the back wall of Fred Astaire Dance Studio here in Greensboro. This piece is a part of a larger art collection featured around Greensboro known as Kotis Street Art. Kotis Street Art is operated by Marty and Asheley Kotis and provides a collaborative opportunity for artists from all over the world to leave their mark on the City of Greensboro. 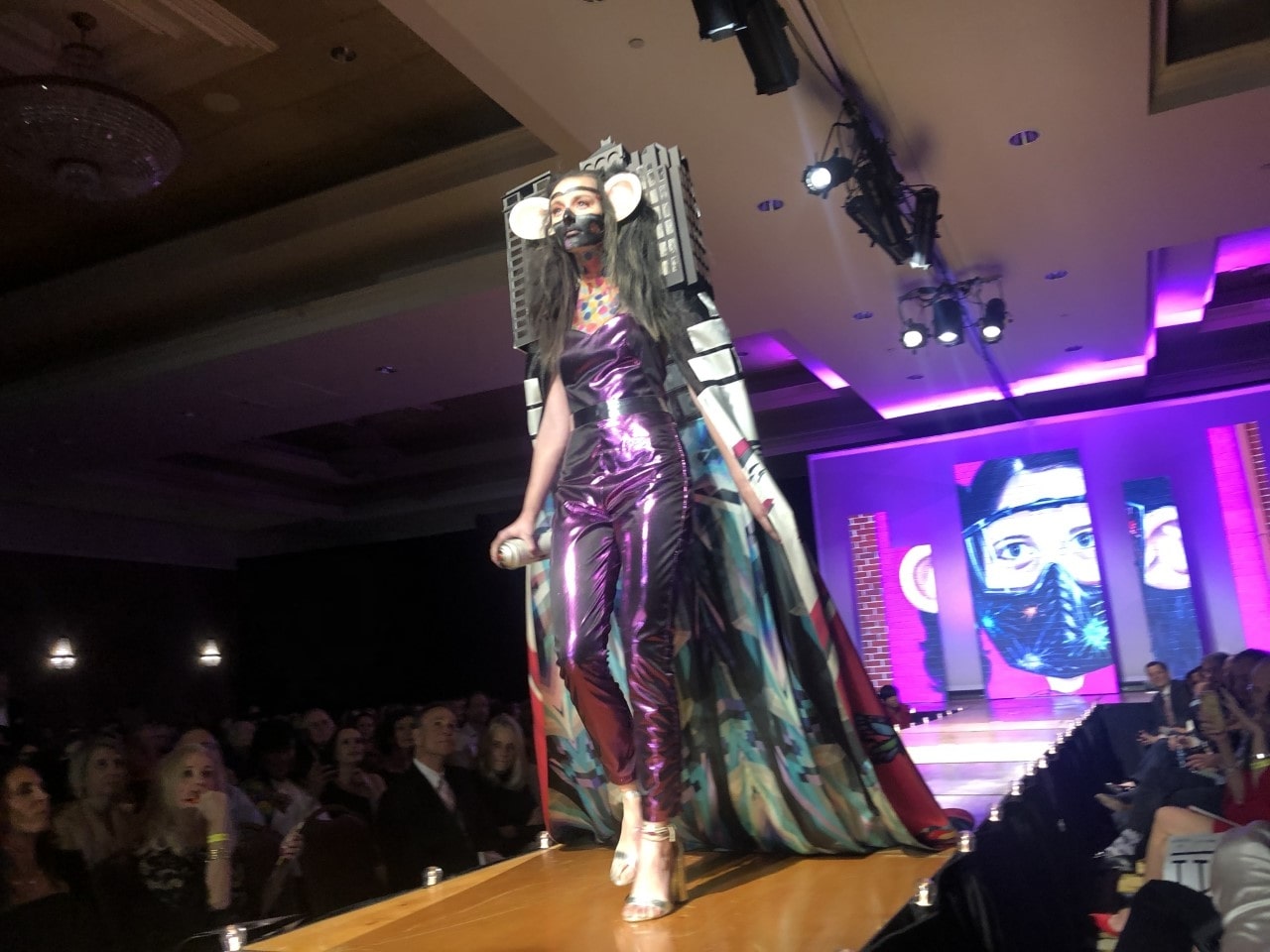 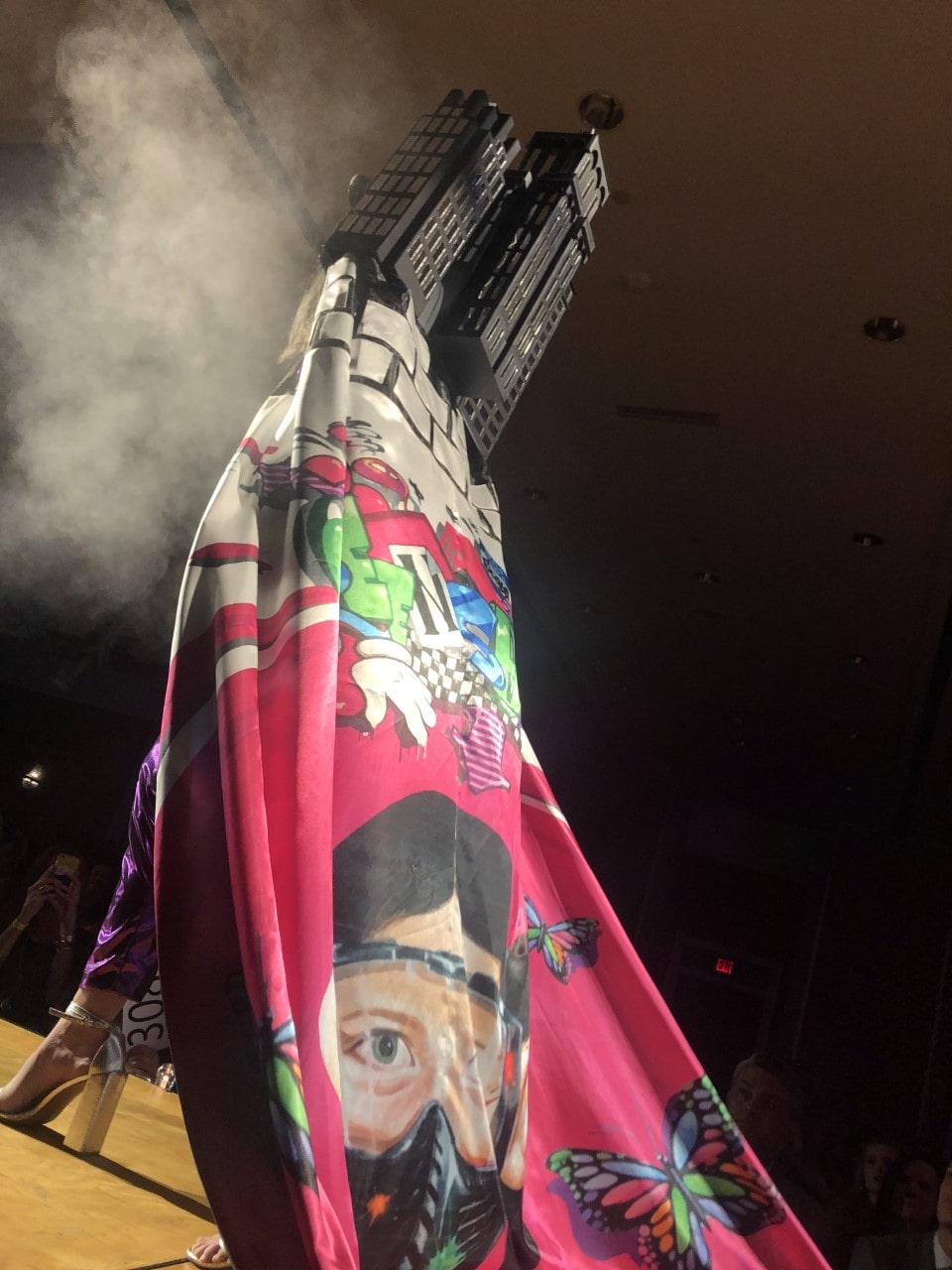 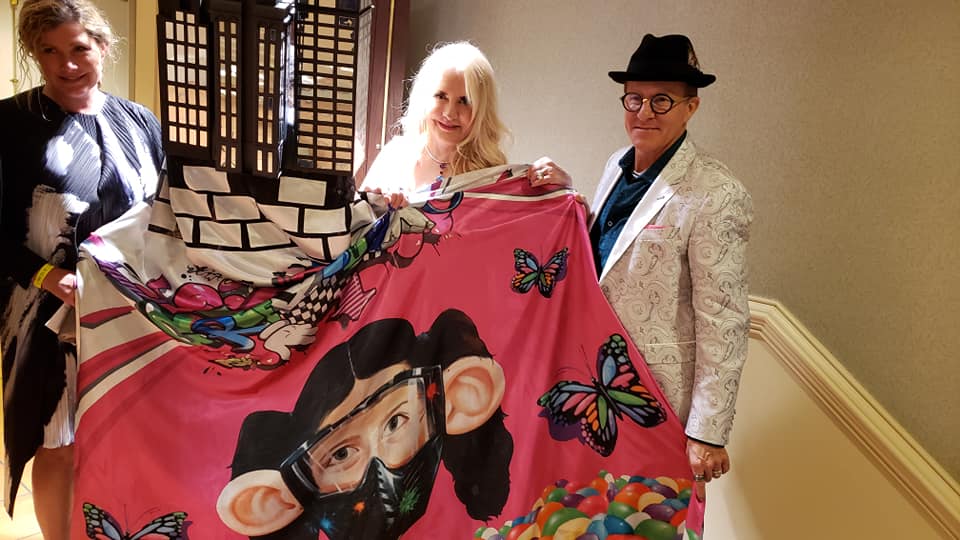 In addition to the Catherine Jackson tribute design, Woodruff Family Law Group and Valuepointe.biz also sponsored two other designs in the show. One was another local landmark found right in the heart of Downtown Greensboro, Janet Elchelman's sculpture "Where We Met". The monumental sculpture soars over LeBauer Park and was inspired by the meeting of the railroad lines that transported textiles and other goods through the area. The sculpture is comprised of 35 miles of technical fibers that were crafted into 242,800 knots that cause it to seem as if it is floating in the breeze. This easy flow of fiber inspired the design by Robin Clayborne with it's beautiful sunset colors and crossing lines. 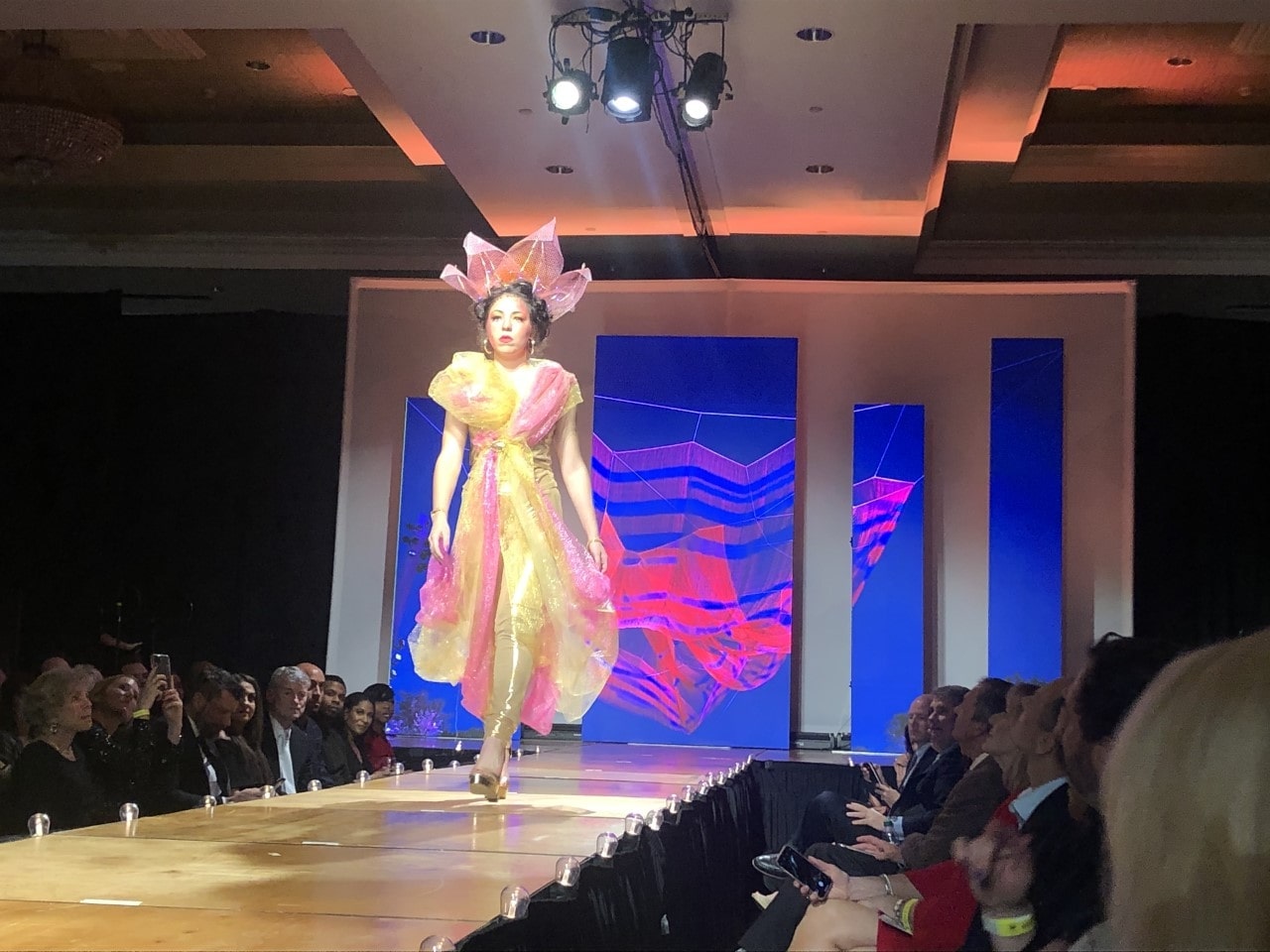 The final look brought to the show by Woodruff Family Law Group and Valuepointe.biz was inspired by King's Landing in Croatia. On a recent trip to Croatia, Carolyn and Dwight were amazed by the sights and history of the city. King's Landing may also sound familiar as it was the inspiration for the fictional show Game of Thrones. The design shown on the runway was inspired by the show's character Daenerys Targaryen, also known as the "Mother of Dragons". The design was a simple Grecian style dress but the makeup and hair were what brought the inspiration to life. The model's skin was painted with dragon scales and her hair was topped with an elaborate dragon head. 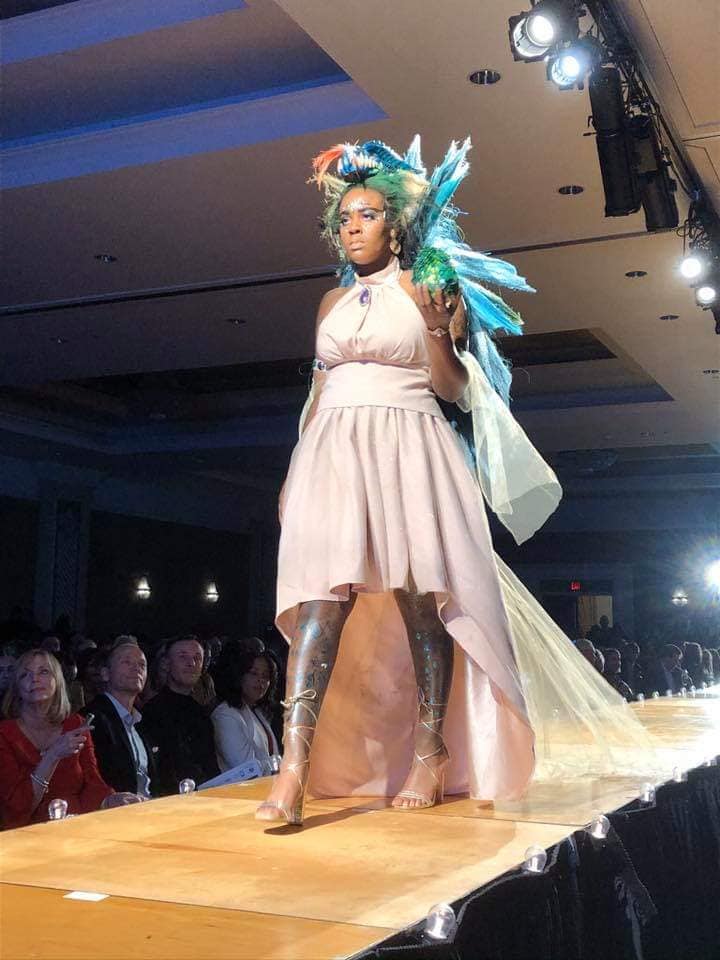